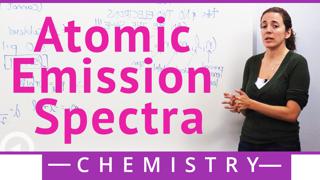 This segment let's discuss the law of definite and multiple proportions. But before we do that let's have a quick review briefly just to remind us of why this is important.

So we need to remember that matter is anything that occupies space and has mass and also that the law of conservation of mass tells us that the mass of the reactants equals the mass of the products because matter is neither created nor destroyed. So that being said we can jump right into the law of definite proportions which is also sometimes called the law of definite composition depending on what you're looking at. So what it states is that regardless of the amount a pure compound always contains the same elements in the same proportions by mass and so just hearing those words probably doesn't really mean a whole lot and so we'll do an example which hopefully will shed a little light on what that means exactly.

So again a reminder is that the law of the conservation of mass is applied to compounds and the mass of the compound is equal to the sum of the masses of the elements that make up the compound. So remember a compound is just two elements together. So water is a compound that's composed of hydrogen and oxygen. So if we're going to, let's apply the law of conservation here based on the mass for water and let's kind of work that out. So we have one water molecule that's composed of two hydrogen atoms and one oxygen atom. So if we recall from the periodic table, hydrogen weighs about 1.008 grams, oxygen weighs about 16 grams. So if we have two hydrogen atoms it means there the mass is one gram each, so we have a total of two grams of hydrogen and then we have one oxygen atom, its mass is 16 grams. So we've got 16 grams of oxygen. So that means the molar mass of water is 18 grams. So then the ratio of hydrogen to oxygen is then 1:8.

So let's move on and talk about the law of multiple proportions, which is a little more difficult maybe and it's also known as Dalton's Law and so this comes into play a lot when you're doing stoichiometry so that's when you're balancing equations, and trying to figure out molar masses of different compounds that are involved in a reaction. So this states that when one element combines with another to form more than one compound, the mass ratios of the elements in the compounds are simple whole members of each other. Again, the words probably don't mean a whole lot, but let's work through a couple of examples and see if that sheds some light.

And so let's look at the hydrogen to oxygen ratio in water is 2:1 and in peroxide it's 2:2 or you could say 1:1 but for these purposes it's just a little bit easier to think of it as 2:2. So then the mass of hydrogen again is one gram per hydrogen and you've got two of them. So the mass here is two grams to 16 grams of oxygen and then for the peroxide, it's two grams of hydrogen for the same reason and oxygen is 16 each so it makes the mass here 32. Again you see that the ratios, the mass ratios work out, that H2O2 is exactly twice that of water.

So this is the basics of proportions and go ahead and work through some more practice problems that you can get up to speed on that.