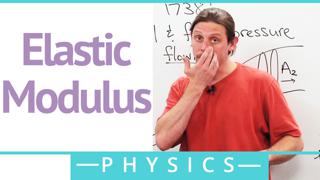 Alright so today we're going to talk about density, now density is a measure of how compact the mass is. So the bigger the density the more mass we can fit in a smaller volume. For that reason, we define density as density equals mass divided by volume. So that if you've got a big mass and a small volume then you get a big density. Now I've used the symbol d here but usually people use a different symbol. This is the Greek letter rho, rho is almost used for density what my students have had problems with is just the fact that it's not an English letter so it's a Greek letter. So they don't know how to write it, so I usually show the students how to write it. It goes like this, so this is our standard elementary school and we begin at the bottom up and a little flourish down here. Okay so that's density I'm going to use that symbol from now on because that's the one that usually is used in Physics books.

Notice up here I've got density rho divided by and then in order to avoid having a complicated looking fraction I write kilograms per cubic meter as kilograms times meters to the negative 3 power and of course that is the same thing. So this is an international convention that people use. So if you look here we've got air, and then water is 1,000 kilograms per cubic meter, so that means 1 cubic meter of water weighs 1,000 kilograms which is metric ton 2,200 pounds. And then we've iron and copper and it goes up from there, notice how big the density of gold is that's actually one of the ways that we can tell very easily whether or not something is pure gold just by measuring its density. It's so dense that it's difficult to find things that are denser than it to just mix with it and make it look like. It's got that density.

Alright so let's do some sample problems, our first sample problem is determine the volume of 30 kilograms of lead. Alright well, I've got an equation for density, it's density equals mass over volume but that doesn't tell me the volume. It tells me the density, so if I want to determine the volume then what I'll need to do is I'll need to solve this equation for v. Alright now this type of equation is very, very easy to solve for v because basically all we need to do is just swap those 2 so density equals mass divided by volume therefore volume equals mass divided by density. At this point all we need to do is plug in numbers, so we'll plug in 30 kilograms divided by the density, I don't know it didn't give me the density, but it did tell me that it was lead. And I know from my table that the density of lead is 11,350 kilograms per cubic meter. So we'll write 11,350 kilograms per cubic meter and going into our trusty calculator we end up with 0.002643 cubic meters.

The nice thing about working in SI units is that we really don't ever have to worry about the units except at the very beginning of the problem to make sure that everything is in SI units. Here it's a volume so what is it going to be in? Well it's going to be in cubic meters, so we don't even have to think about it. It's actually very nice property of SI units alright lets go to the next one. Let's determine the mass of 75 cubic centimeters of gold, alright this problem is trying to be tricky, because it gave us a volume in cubic centimeters which is not an SI unit. So as good Physicists we have to begin by changing that volume into the SI system. So we've got volume equals 75 cubic centimeters, I want this in cubic meters. Well a centimeter is 10 to the minus 2 meters and I'm cubing that, so this gives me 75 times 10 to the minus 6 cubic meters. So now I want the mass, well again we've our density equals mass over volume we can solve for mass and just write mass equals density times volume. This is gold so its density is 19,300 kilograms per cubic meter, we'll multiply by 75 times 10 to the minus 6 cubic meters and that will give us again using our trusty calculator 1.4475.