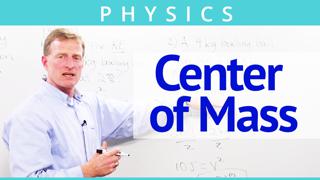 All objects with mass attract and are attracted by all other objects with mass because of a force called gravity. The strength of gravity is proportional to the mass of the object. We are pulled to the Earth by it's gravitational forces but we also pull the earth towards us. Because we are much less massive than the Earth, our gravitational pull is not strong enough to have any affect on it. Gravity pulls us towards Earth such that we accelerate at 9.8 m/s^2.

Let's talk about gravity and gravitational force. Gravity, we all know what gravity, it is what's keeping us on our feet keeping us on earth like gravity is the acceleration that pulls all objects towards each other and it just so turns out that the biggest object around us is earth so we're all being pulled towards earth, so that acceleration is actually a mass that's being pulled and when we talk about weight a lot of people confuse a weight and a mass so let's clarify that.

The mass is the amount of matter in something, all the molecules in my body make up my mass. My weight is that mass times the gravitational force on earth and the gravitational force on earth with acceleration of gravity is 9.8 meters per second squared okay, so if I multiply that by my mass which is about 95 kilograms that gives me my weight and again the force of that weight is in newtons for our Physics.

So let's look at a couple of problems where we're talking about mass and weight and try to figure out how gravity plays into this difference between your mass and your weight. So the first problem here, What is the weight of a 100 kilogram person on earth? Remember, kilogram is a mass and I'm asking for weight which is the force which is again mass times acceleration of gravity and again the acceleration of gravity is 9.8 meters per second squared so the mass of that person 100 kilograms times 9.8 meters per second squared equals 980 kilograms times meters per seconds squared and the unit we use for that is 980 newtons okay so that's done. The weight or the force that that the person is exerting on earth.

Okay now let's take a person and the same weight and let's have them on Mars and their overall weight is 380 newtons, what's the gravitational acceleration or the gravitation on Mars okay? Well we can solve that the same way except this time we've got 380 is the force and that equals mass times acceleration so the mass is still 100 kilograms and we're trying to solve for a okay, so if we divide that out and we say divide by 100 divide by 100 we get 3.8 meters per seconds squared is the acceleration of gravity on Mars as opposed to 9.8 meters per seconds squared on earth again Mars being a smaller planet has a weaker gravitational force. So these are some examples of gravity and how gravity can be used to calculate your weight based on a mass.