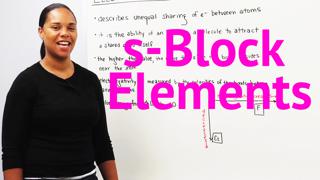 This segment let's go ahead and talk about the periodic table and let's do kind of a broad overview I'm not so much the specifics but just so that we can start becoming familiar with the information that's contained on the periodic table, so as I'm sure most of us are already familiar, the periodic table has all of the elements that we know of displayed on it are 116 of them. And so basically it's a range in periods if you will. Okay so the periods basically are the rows across and then even more important for the way that we use this information I think are the way the vertical families or the columns which we call families or groups. Okay so group I, group II, group III, group IV okay and all the way across, so that's going to come up for you numerous numerous times. Okay that's those are the groups or the families.

Alright so basically most of the elements are metals and those are shown in blue and so metals are efficiently sorry efficiently conduct heat and electricity, they're malleable which means that they're soft and you can kind of play with them and they have a shiny appearance.

Then we've also got the non-metals in the top right hand side of the periodic table displayed in pink so those are your guys like oxygen and nitrogen and chlorine and the noble gases. And so these guys are all the metals are solid at normal temperature but many of the nonmetals are liquid at normal temperatures and so that's one of the differences between the two groups, so then we also have this small portion of elements which kind of ride the line between metals and nonmetals, they're displayed in orange and so those guys are called metalloids or semimetals. Okay, so they have properties of both metals and of nonmetals, so let's get a little bit more specific here with the periodic table so again in the blue are all the metals which you can see there are many of them. The orange are metalloids or the semimetals and the pink are the nonmetals.

Okay, so the one thing that's probably stands out is that hydrogen is over here in group I but in fact it is a nonmetal. That's because hydrogen just has a bunch of special properties that we'll talk about at a different point, so it's kind of neither a metal or nonmetal. Hydrogen is just kind of its own entity but it is placed here because it does lose an electron to become H+, so let's what is contained here is basically if you kind of zeroed in on one of these boxes here, let's pick carbon because carbon is the stuff of life, you would see a few numbers contained there in so, above carbon is the number 6 and so that indicates for you that what the atomic number is and so the atomic number tells you how many protons and how many electrons are contained in an element so that's why you have the atomic number at the top. Then you also have the information of the molar mass at the bottom. For carbon its 12.011 and that tells you how many protons and neutrons there are. Molar mass is usually given in the units of grams per mol.

Okay so let's kind of go through pretty quickly what the different groups are so here we have group 1 and group 1 those are your alkali metals, group 2 are your alkaline earth metals and then we kind of go over here a little bit and these guys on the very end those are your noble gases super stable these are your halogens and then these guys in the middle collectively from about here to here just grouped here are your transition metals and those guys just as we'll discuss later on have really strange properties and interact with different elements in different ways, so that's basically the overall just of the periodic table.