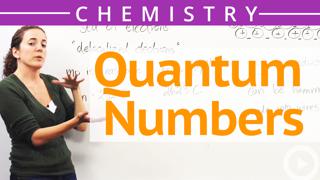 The Bohr model is a simple model of atomic structure. It is now outdated, but is still useful at the basic level. An atom has a central core called its nucleus which contains its protons (positively charged particles) and neutrons (neutral particles). The Bohr model depicts electrons, tiny negatively charged particles, as orbiting the nucleus in concentric rings, representing energy levels. However, the electrons reside in atomic orbitals, which are more complicated.

Alright so let's talk about the atomic structure. Alright first of all the atom which is the smallest part of an element that still retains the properties of the element. But the atom actually can be broken down into three subatomic particles that actually don't retain the properties of that particular element. And what are these subatomic particles? So we have protons which are positively charged so we're going to denote that as a p with a positive superscript and they have a mass the super super smallest atoms are already small themselves, they're super small they have 1.674 times 10 to the negative 24 grams and that's a mouthful as you can tell. So we're going to say instead of writing all this, we're just going to denote as 1 atomic mass unit or 1amu.

The second subatomic particle that we come across is the neutron. Neutrons are electrically neutral meaning they are not positively charged or negatively charged. They're denoted with an n with a zero superscripted to note that. And they too have also have a mass of 1.674 times 10 to negative 24 gram so we can also denote that as 1 atomic mass unit.

And lastly we have the electrons. The electrons are negatively charged and we're going to denote that as e with a superscript of a negative, and they're super small compared to the protons and the neutrons. They only have a mass of 9.11 times 10 to the negative of 28 grams. So basically it's 1, 18, 40th of the mass of these two. So essentially it's pretty much weightless comparatively. So we're going to say it's zero atomic mass units.

Okay so how do these guys play a part into each other, what do they look like in an atom? Well if we go to Neil's board model which is the simplest model to describe what an atom looks like. In the middle we have our protons and neutrons which are positively charged protons and the neutrons for the nucleus is made positively charged. Surrounding the nucleus in orbit so we have the electrons. Electrons are negatively charged as you mentioned earlier and because the atom is overall electronically neutral the number of protons equals the number of electrons within an atom.

And how these guys behave with each other and how they interact actually gives the elements its chemical properties and how it behaves with other elements. So that's the atomic structure.