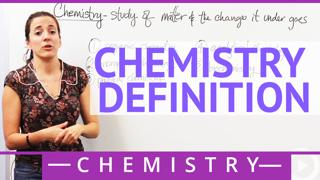 Depending on your teacher or your textbook, you'll see many different ways of breaking down the scientific method but no matter how many versions I've seen, they all seem to share some way these five steps. The first thing that whenever you're doing Science is that ask a question, next do some research, third come up with a hypothesis, fourth test it with a hypothesis, sorry with an experiment and then finally draw a conclusion.

Now, some people have this idea that in order to do Science you have to have be wearing our lab coat and have a PhD. That's not it at all. And it's heart. To do Science all you have to do is be curious and to start asking questions about the world. For example this could range anywhere from as important and deep as "how do I cure cancer" to as simple as "what's the fastest way for me to get from San Jose to San Francisco?" Now that I've asked a question, it's time for me to find out what do people know or think they know. And this is where some people wind up running into trouble because a scientist or somebody who is thinking like a scientist, when they do their research, they're always skeptical about what they're reading. So if you read for example that somebody online has posted their cure for cancer which is to jump a rope or singing jingle bells, if you do that for ten minutes, you're cured. I demand a lot of evidence to back that up. So let's go to the other question that I had which is, which ways to get to San Francisco is fastest. Well, if I do some research that'll help me narrow down my choices and perhaps there's three ways to get there; Highway O101, Highway 280 and city streets.

Now, based on my research everybody seems to agree that driving City Streets must take way too long. Some people argue 101 because it's shorter. Other people say 280 has less traffic. So based on my research it's time for me to come up with a hypothesis. And I'm going to go with the side, the group of people who said that Highway 101 is shortest and I think shortest equals fastest. So I will come up with my hypothesis that based on the shorter length of Highway 101 versus the longer length of Highway 280, it will take me less time to drive from San Jose to San Francisco taking Highway 101.

Now, that is a scientific hypothesis because you'll noticed something. It can be proved wrong. You have to be careful, you can make a guess but if it can't be proved wrong then it's not a scientific hypothesis. For example if somebody says "I love you," that may not be wrong but you can't test it. You can't hook him up to a love-o-meter and say, "oh sorry, you're only 10.7 on the love scale." And if you say, "well, why did you kiss that other girl?" "Cause I don't think I'm a very good kisser and I want to practice to be better because I love you." So that's not science.

Alright, now I've gotten my hypothesis, it's time to design my experiment. And what I'll do is I'll drive Highway 101 a number of times, drive the 280 a number of times, average my results and take a look at what they mean. That's the last step and that's where you draw a conclusion. Now, I'm always a little bit leery about saying draw a conclusion because one year I did that and the student turn into me a lab and he did a great job on the lab except instead of having a final paragraph where he went through his experiment and explained what the results meant, and whether or not his hypothesis was right and he explained a few refinements to his experiments. Instead, all there was a stick [fear] like this. And I showed it to him and I said "what's this?" And he said "I drew a conclusion." I was right. So, in my experiment, let's assume, my average travel time from, San Jose to San Francisco via 101 was 55 minutes while Highway 280 was 48 minutes on average.

My conclusion that I'm drawing is that I was wrong. My hypothesis was incorrect, instead Highway 280 because of the less traffic was a faster route. Now, I would also want to suggest some refinements. I might suggest hey, if I run this experiment at other times a day, maybe off-pick hours as opposed to rush hour, maybe I'll get definate results.

As one final side note to this is the idea of what is a hypothesis versus a theory. Now we just discussed what is a hypothesis. Now, once a hypothesis has been tested, you start kind of moving it on this spectrum, towards becoming a theory. Over time a hypothesis will get tested over and over and sometimes refined like my refinement of perhaps it depends on the time of day. But ultimately, you'll start calling that hypothesis a theory. Now a theory like a hypothesis could have the possibility of being proved wrong and sometimes they will be and scientists would just reject it. For example, the common theory used to be that the earth was in the center of the universe and the sun went around the earth. And there is a lot of evidence to base on that. I mean, you could see the sun goes up then the sun goes down. Well, it turned out that was wrong. Scientists did more experiments, came up with a better explanation that the sun is in the center of our solar system and the earth goes around that. And that's still just a theory but I don't expect to see that one proved wrong any time soon.