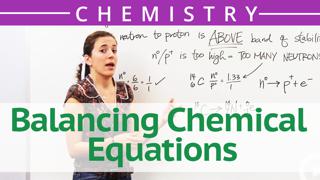 Another thing is color change. If you think about let's say in the fall the leaves change color, that's an actual chemical reaction that takes place. So something that changes color you put 2 things together and it turns from like pink to like blue that's a good indicator that something happened, there's a chemical change there. Also another one is the release of energy that can be in the form of light or heat. Any of those things like when you burn something that is a good idea of that a chemical reaction took place it could really be some sort of energy it doesn't matter if it's thermal, doesn't matter if it's kinetic one of those things any type of energy that you're going to release is definitely a good indicator. Also the formation of precipitate now it's probably something you probably haven't heard. Precipitate is when you have 2 liquids and you put them together and you get like a solidity, a solid material that comes out of it. So it can look like a little flakes of a solid, that's a precipitate. You might have, do a lab class so you form precipitates.

And then the products at the end are molecules you're going to end up with. Alright so let's do something together, okay so over here we have a written reaction rxn is my little short hand for reaction so we have solid zinc, so how do we write that out? We're going to say just write the element zinc and I had to indicate that as a solid because that's important. So next to it I'm going to put in parenthesis and s to indicate that's a solid [state of matter] and aqueous hydrogen sulphate so because I'm putting them together I'm going to put a little addition sign that shows that these 2 are coming together. Aqueous that's important we'll get to that in just a second. Hydrogen sulphate okay so sulphate we know is a sulphor minus 2 hydrogen, it's hydrogen plus, we're going to do our sawpping, this is a plus 1, so it's going to be H2SO4 we need 2 hydrogens and 1 sulphate. We have to make sure that we show that it's aqueous meaning that it's in solution so it's in a water solution, so we're going to put a little aq to say it's a solution of this material reacts in order to see how these things are going to react I'm going to put my arrow yield to produce something new hydrogen gas and like a hydrogen is one of our diatomics don't forget our diatomic is [sprinkle half] I know you've heard of [sprinkle half] but bromine cannot stand alone, chlorine cannot stand alone, iodine cannot stand alone, hydrogen, oxygen and fluorine.