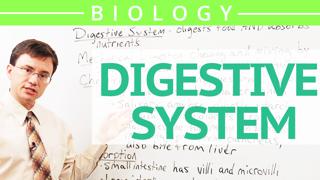 In muticellular creatures much as our like ourselves, when you go beyond having just a single kind of cell, you start having to organize them when we study them. And in animals we talk about this when we talk about how cells can be arranged into these levels starting with tissues then organs and finally winding up with organ systems. So, what is a tissue?

Well, a tissue is a group of cells that all come from a similar location or point of origin. They also often have similar function and they will typically share some common structural features.

In animals the four basic kinds of tissues are epithelial tissues. Those are the things that cover. It's like the outer layers of your skin or the lining of your internal organs like inside my cheek, that's derived from epithilial tissue.

There's connective tissue and these are things like bone and cartilage and a little less obviously blood. But they often share one common feature that they'll have is that they produce this thing called a matrix around them whether it's the hard bones, the calcium phosphate and other salts that form the hard bones or the liquidy goo that the blood cells produce that we call blood plasma.

Nervous tissue obviously includes things like neurons and the photoreceptors in your eyes. They send and receive signals really well. And muscle tissue are the cells like in they could be a skeleton muscle and cardiac muscle tissue and muscle tissue that have the capability to do a movement called contraction.

Now an organ is a a structure that's made of a number of different kinds of tissue all put together and organised in order to carry out a very specific function. For example your stomach is an organ, your brain is an organ, my bicep muscle's an organ, my tongue is an organ. These are all examples of combinations of different tissues. My stomach for example has some muscle tissue in it to help mix up the food as well as epithelial tissue to start dumping in some of the digestive enzymes. There's connected tissue help in make up the walls and there's nervous tissues sending signals like it's time for my tummy to get all rumbly.

Organ systems is when you take several organs that all work together and they carry out one of the basic functions of the body and we all talk about things like the digestive system, reproductive system, nervous system. And this is the basic way that your body is organized. Now other creatures in other kingdoms like plants, they too have tissues in organs but it's not so easily in commonly deleanated as it is with animals.