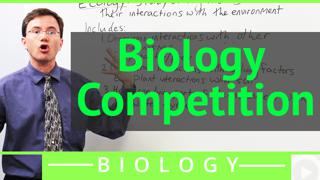 In biology, a community is a group of potentially interacting species living in the same place. Members of a community may have a variety of relationships including predator/prey, competitors, or mutualism.

In Ecology a community is defined as the groups of populations of different kinds of organisms within a particular area or habitat. Now when you look at the text book definitions of a particular kind of a community, it's seems like okay all these organisms live in this one area. But in reality scientists have discovered that a lot of times what we think of as one community kind of blends and merges into neighboring communities. If we look at this simple drawing I made here you imagine each colored blob is the area that a particular species lives. We have a community here made up of the brown, the red and the blue while over here we have a community made up of the blue and just the green. So they overlap and so these relationships can be very complex and a little bit hard to grasp but if you put the effort into it, it can really pay off.

Now there're some particular kinds of relationships that will steer typically fine within a community. You have predation that's obviously what's eating what, you have symbiosis perhaps you have 2 species that live in close relationship to each other and maybe one helps the other or maybe they both benefit, that kind of a thing. Then you'll often will find interspecies competition and that's when you have 2 different organisms going after the same resource and then they wind up influencing each other's behavior and maybe one even will get edged out. Say if we're in this example let's suppose the green and the red actually are going after the same food they'll tend not to penetrate in each other's territory because one of them won't be able to out compete the other.

Now one of the reasons that this kind of study is so important is that by understanding it we can avoid some problems. For example right now there's a problem in the United States about the Asian carp to a non-native species they've been infesting a number of rivers and lakes and they fear that because they don't have any natural predators the normal interactions that go on in a community that keep each population in kind of a balance with the others will be thrown out of work and they'll be able to out compete with native species that are already present. Thus disrupting already established communities some of which provide our food.