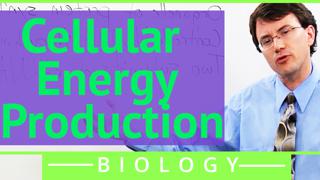 Osmosis is the diffusion of water molecules across a semi-permeable membrane from an area of high concentration to an area of low concentration. In cells, osmosis occurs across the cellular membrane to keep a cell from becoming flaccid (not enough water) or turgid (too much water).

So osmosis is the diffusion of water through semi permeable membrane. And this is something that a lot of teachers will spend a little bit of time on but then they'll hammer you with on a test. Because it is really kind of unusual when you first approach it a lot of kids don't really get what it means, but to the teachers it's pretty obvious. So let me see if we can help you figure this out. So what this is all about is a special case of diffusion, you know diffusion is but why is it specifically water? And that's because water has the ability to go through a number of different membranes. This black line here that I drew in I'm using it to represent some kind of membrane. Well it's a cell membrane, a special kind of plastic or dialysis tube whatever.

You'll notice that there're small holes in it, I've used red to represent sodium ions they're too large to fit through these holes I've used blue to represent water. It's easily small enough to fit through so what happens is that like all other molecules water does diffusion and you know diffusion is the movement from an area of high concentration to an area of low concentration. So what we see here is that the water starts to diffuse from there's 90% water to where there's 70% water why because that's what molecules do. So the water tends to go like this now does all of the water go no. if I look at just this one area here if this is 90% then let's suppose I'll make up a number of 90 molecules of water going that way at the exact same time 70 of the water molecules over here are going back. 90 go this way 70 go that way there's a net difference of regaining 20 on this side. Now the sodium it trys to diffuse but like my friend 2 ton Tony he can't fit through the opening of the door way so he gets he bounces off and stays over here. This sodium tries to move but it bounces off because it can't fit through.

And that means that ultimately we see the water moving from this side to that side while the sodium stays and as this will continue going until the water wound up diluting out the sodium on this side equilibrating its concentrations. That's osmosis now as I said teachers love to ask a bunch of questions about this so I'm going to give you the 3 basic questions that they'll generally ask about osmosis. Now to do this I'm going to be introducing some vocabulary, this stuff about tonic. Now tonic is a root word that means pull I think in Latin I'm not sure it's all Greek to me. But what I'm going to do is I've drawn here 3 different circumstances this little black circle here that's in my beaker of water let's say that's a red blood cell alright, all of these red blood cells have 80% water 20% other stuff. I don't care what it is it's just not water, so they're all the same however I plunked them into 3 different kinds of solutions.

This is pure water as you can see its 100% water, 0 stuff, this is 80% water 20% stuff, this is 60% water 0% stuff. Let's take a look at this one right here every second some of the water molecules move out but some of the water molecules move in, what's the net change? Well 80 move in as 80 move out so there's no change, the salt and other proteins and other things that cannot pass the membrane they stay so we're only looking at the water because this is osmosis. Because we see no change because both sides have the same amount of pull tonic ability we call them isotonic. Isotonic means that it has the same concentration of water and solutes let me use the red pen to represent solutes alright. What about this situation, well 80% inside 100% outside 80 move out 100 move in.

What's going to be the overall change, water is going to continue moving in and in and in this is going to make the cells to go, swell up and a red blood cell doesn't have the ability to do anything else like start shoving some of the salt out so it's going to pop. Because this outside water solution doesn't have any ability to pull water into it in fact it's pushing water out it's called hypotonic. Because it has lower than the normal amount of pull compared to the cell. It's always in comparison, it's kind of like saying taller, somebody can be taller or shorter than someone else. You can ever just say that person is taller, so hypotonic says, means it has less concentration of solute more water. Okay if we take a look at this one this has 80% water on the inside, 60% water on the outside because there's a ton of other stuff say salt or whatever. So we have our water move out 80 move out 60 move in we have a net movement out of the cell. So in this case instead of popping sometimes it's called liaising.

Here it starts to shrivel, if it's a plant cell they don't say that plant shrivelled they say that plant wilted. And if it's a red blood cell and the other word that you'll see beside shrivel is crenate I don't know why people keep coming up with these words just to confuse you guys. So this one, this solution outside the cell has a greater pull and excessive pull and it pulls all the water out tonic means pull. What is excessive what's the root with that means excessive? Well you have known that hypo meant below as in hypothermia. What means excessive hyper like your brother, he is hyper active so this has a hyper excessive pull. So hypertonic solution has more solute less water, so that's how you do osmosis alright so in an isotonic solution a cell will just stay the same it'll be an equilibrium. A cell in a hypotonic solution will swell up and if it's a plant cell its wall will keep it from bursting but animal cells will typically pop especially red blood cells. And a hypertonic solution a cell will shrivel or wilt.