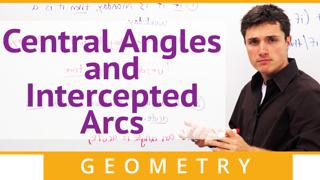 Locus and Definition of a Circle and Sphere - Problem 2

Since the shortest distance between a point and a line is represented by a perpendicular line, the locus can be found by drawing rays perpendicular to each ray. The collection of these points is the locus. After drawing several points, it is clear that the locus of the two rays is the angle bisector (each point on this ray is the same distance from the rays making up the angle).

In this problem we’re being asked to draw the locus of points in the plane of this angle ABC that are equidistant from the sides that make up the angle. That is ray BA and ray BC. But before we do this we need to understand this concept of locus.

Well, locus is a set of points that meet a given condition. So in the case of this problem we’re looking for all of the points that are going to be the same distance from A, from AB and BC, okay? And you want to be careful about the way that you write your rays because the way I’ve written it here it says the ray starts at B and goes through A.

The key term here was locus where we’re talking about a collection of points represented in this problem by a ray.